Right, this all happened in the early hours of a summer’s morning.

Friday night, I went out with the lads and painted the town red, as usual. What started off as a girthy handful dwindled down to just the three of us by the time the club chucked us out on the streets. We pulled together and embarked on a wobbly walk home.

Fifteen minutes later, we dropped Simon home. God he really was a state, “Miranda I love you, it’s always been you, no-one else. Please pick up. Don’t make me say this through voicemail, baby… oh shit.” He’d only been sending them to Lucy all night instead. “Why didn’t you tell me that I’ve been sending the wrong voicemails to the wrong hoes, guys?” He waddled into his house, too intoxicated to realise the absolute shit he’d be in tomorrow.

My one remaining compatriot and I continued the journey home together. I was thankful for it just being the two of us, without Simon’s drunken declarations of love for two different chicks. Charlie walked perfectly at my side and barely spoke a word. When I sped up, he sprinted, and when I slung back, he zombied his pace. It was hilarious.

We said our goodbyes at the top of the hill, and then I was alone to make the final push home. I had just managed to reach the end of my street when a taxi flew past and distracted my trek.

I stood there, collecting my thoughts and trying to remember my path, what I had yet to accomplish, when a rather large cat scuttled by me. It wasn’t until the cat stopped and looked at me, that I realised this was no cat. This was in fact: a badger.

This was no usual badger. He was three-foot tall, embroidered in a tiny knight’s uniform. Silver head to toe, sporting a shield and axe. In reflection, it could have been a hallucination or a very angry midget.

Without breaking eye contact with him, I tried to recall all of the facts that I had previously gathered on badgers: fluffy, native, that whole mating-season business… But the fact that remained static in my mind was honey badgers don’t give a shit.

Although I knew geographically that this couldn’t have been an actual honey badger, I wasn’t prepared to risk finding out if an ordinary badger gives a shit or not, let alone a psychotic axe-wielding warrior like this one.

The stare down had been initiated. Me, baffled by what I was supposed to do when confronted by a badger. And him, confused by the man who was managing to eat a box of nuggets without breaking eye contact.

What seemed like hours passed before the badger in front of me twitched. I believe that this was a twitch to test courage. But what he didn’t know was that my alcohol consumption had rendered my reflexes borderline useless, so I didn’t flinch.

This clearly shocked the badger, who realised what he held before him: a Bert.

“I believe that I have met my match,” the badger said. “Are you the fabled Bert that I heard so much about as a child?”

I dropped my empty box of nuggets, baffled. Absolutely baffled.

He dropped his shield and axe, tentatively approaching me and holding out his hand. “My name is Barry, I doubt that you’ve even heard of me.”

He took a solemn bow.

Barry? I thought, Barry the Badger…

“Yes,” I said, dropping the Lord of the Rings voice and referring to my own – still masculine – voice. “Yes, I have heard about you before from my friend, Ellie. You ruined her hair one time or tried to kill her hairdresser or something.”

“Oh Bert, the battle is now much mightier than one horrific hairdresser.”

“Indeed,” I said, nodding my head as if I understood anything that Barry was saying.

“Please,” Barry pleaded. “I’ve always been such a huge fan. Tell me about your adventures.”

He shook his head in embarrassment, gutted at my response.

“But since you are such an honourable knight,” I said. “I will tell you what you want to know.”

“Is it true that you are the living embodiment of Chandler from Friends, another infamous knight? And that whenever you enter the Cave of Echoes that you grasp six vessels of beverage at a time and always sing Robbie Williams ‘Angels’ the loudest?”

“Ermmm…” I mused, deliberating his statements. “Yes, I suppose those are all true.”

Barry began to roll on the floor laughing, and I know that people use that turn of phrase all the time, so over-rated. But he really was rolling.

“So, you admit being the drop-out knight of the kingdom?” Barry said, finally standing.

“Wait a minute,” I said. “Who the fuck are you to come into my kingdom and start throwing around all this shit? You’re a bellend.”

“What did you just call me?”

“Yeah, you heard me,” I said, letting the vodka in my veins control my output. “You’re nothing more than a fluffy squish on the road that I’d happily run over again, but I’d rather not have dick-juice on the surface on my tires.”

“Do you challenge me?” Barry said, picking up his axe ready for battle.

I looked around my environment, searching for a weapon. My empty nugget box…no. Ah, the Jackson’s For Sale sign. I wrapped my hands around it and tugged it up into my arms. I lowered it, scooped him up like an uncooked pizza and tossed him into the air. It was incredible, he pirouetted in the air and landed firmly on his feet.

With one sweep of his axe, the square advertisement was detached from the stem, leaving me with a sharp-ended poll.

What the fuck was I going to do with that? I’m not exactly going to shank the little fuck, am I?

Barry’s eyed rolled back into his head as he pressed his left palm against the earth and a fiery purple glow surrounded him.

“By the God’s of perfect hair, I summon you now,” he said.

“What the fuck is happening?”

He levitated above the earth and bound my arms to my sides, causing the joust to drop to my feet.

He moved towards me and fixed his minute hands around my head. Foam fell from his mouth and his fur spiked up like a 90s lad on ecstasy.

Under a minute later, he fell to the floor unconscious.

I was going to kick him in the gut, but I could never forgive myself for hitting a man whilst he’d down.

I stayed with him until the sun came up.

Finally, he opened an eyelid and his paw raised.

“Bert,” he whispered. “You were an insatiable opponent, and no need to thank me.”

Thank you for what? I Thought.

“You are a worthy friend of Ellie,” he began. “And now you will be able to lead her on her path of great hairstyles.”

“Thank you?” I said, my voice breaking into a high-pitched song.

“Gather my axe and shield,” Barry commanded. “There are more people I need to help. Bad hair days will be a thing of the past once I’m through with it all.”

Confused, I picked up his (really heavy) axe and shield.

“Farewell, Bertie,” he said. “I know that I will encounter you again someday.”

He gathered to his feet and bowed.

We parted ways, Barry sauntered off into the night to fulfil his own destiny, whilst I continued my own quest. To my bed.

I entered my room and turned to face myself in the mirror.

My hair was seriously on fleek. Edward Cullen eat your heart out.

And I fucking hate being called Bertie.

PART THREE CAN BE FOUND HERE. 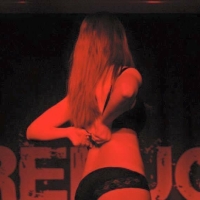